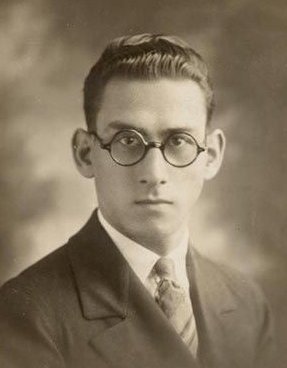 Israel Regardie, is slowly becoming a beacon within the world of publishing and magick again. I couldn’t tell you how valuable his essays have been for my development within the last year, and even more so as the genius himself died in 1985. Like many writers, he is one those rare lights’ that doesn’t quite go out, and even years after they pass into the otherworld they still help to ignite their readers’ inner flame. I guess from my own understanding, and partly due to being introduced to him years back, and partly picking up his books last year for the first time, I felt he was a severely underrated writer and magician. A friend and student of Crowley for many years, one friendship I have recently discovered to be one of paramount respect and tension (like any true friendship is, at least in my world), Regardie went about teaching outsiders about magick, Qabalah and mysticism – sometimes with support, other times not so much (publication of the Golden Dawn series was a step too far according to Mathers). I love Regardie, and I often find his thoughts run parallel with my ‘yet-to-be-trained’ mind. It’s nice to know, my old ideas and theories have already been solidified thanks to his works – he comes from a line of distinguished magicians, similar to my training as a witch, and that has helped me pull on the most important aspects of my past to a head. The post of my theory of black magick (two or three posts back) actually stemmed from my old journals and his Tree of Life, and boy did it cause issue – to be fair, a lot of the feedback I got, especially on Tumblr was incredibly positive, so it stays.

I have recommended Regardie to a lot of my friends and followers from all paths, whether they are pagans, occultists, witches, Qabalists’, yogis or atheists etc. Most of them have come back to me and said how wonderful his teachings are, simple, mind blowing and practical. I couldn’t agree more. A few have been honest and said they only took aspects of his theories whilst disregarding the rest of the titles, stating they don’t think he is their cup of tea as far as their magick is concerned. He is open, honest and straight talking – maybe that’s just the Londoner in him, we don’t keep unnecessary shit. Some of his theories and claims can shake the reader, but in a beautifully crafted and positive manner. They way he writes can be exhausting to those who don’t have a great use of wider vocabulary, but you should be able to get the gist once you start reading. He has helped me see the world differently as a practitioner.

Now, I’m not sure what other people think of him, that is down to them and their reasoning’s, but I have been cornered a few times about my ideas, theories and practices by strangers and folks close to me, but if there is one thing that has kept my backbone strong it’s magicians like Regardie, Valiente, Mathers and Crowley who have taught me a lot. If their magick and theories worked for them, they may work for me too. They weren’t considered controversial or thought provoking for nothing! Clearly.

Over the next few days I will publish short reviews of the titles I have, the first one ‘Garden of Pomegranates’ will be published within an hour or so. Enjoy =]

Sy Calaelen aka Sylvia Beckett Davidson, is a British writer, blogger and Youtube vlogger, though she isn't filming at the moment. English literature graduate. Both sites will focus on literary reviews, book lists, comic books and nerd chat, writing and novel tips, and discussions in magick, paganism and the occult. A mixture of everything from her. Reach out on social media from Twitter, Tumblr, YouTube, Instagram, GoodReads, and Pinterest.

Join Our Group on Goodreads

1 member
Just a place for occultists and magick practitioners can share their books, and discuss topics of...


View this group on Goodreads »
Share book reviews and ratings with Magick and Occult Books, and even join a book club on Goodreads.

Come Read My Words of Sylva…

I'll open my mind and let the words spill out of my mouth, but here they'll cover your page and open your eyes. I'm not the stereotype... I'm me. Carpe Diem.
%d bloggers like this: